Here are a few facts about the Jeep Comanche that you may not have known. 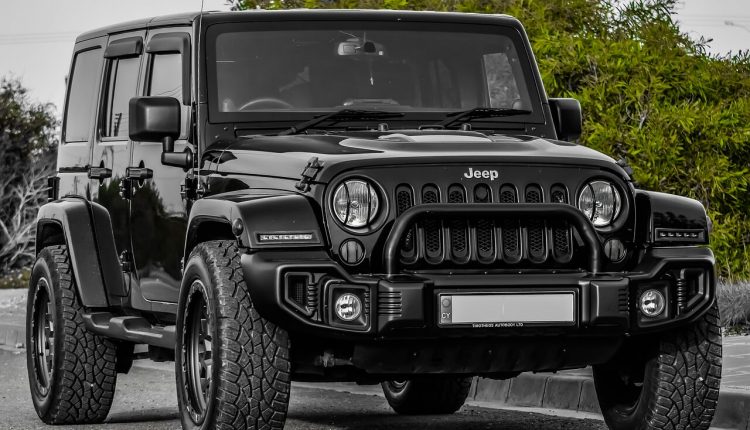 This Jeep Comanche for sale on Craigslist in Long Island, New York, is a Pioneer model. The Pioneer trim level was above the base model but below the more luxurious Laredo and the sporty Eliminator. This MJ proudly displays its Pioneer status with grey stripes and the word “Pioneer” on the truck’s sides, which contrast with the original black paint on the body.

This Comanche is flawless on the inside and out. The body, seats, and even the floor mats are in excellent condition, and the listing claims that no bodywork has ever been done to the truck.If you’ve been looking for the perfect Jeep Comanche, you might want to grab this one while you can.

The MJ has been on the market for 18 days as of this writing, which seems like a long time for such a rare find. According to iSeeCars, the average time a car spends on a dealer lot is 33.4 days, but this is no ordinary used car.The asking price is $22,500.00. You could get a brand new Jeep Renegade or Compass for less, but neither has the same allure as a perfectly preserved Comanche.

According to some reports, the Comanche has an unheard-of lifespan for its production era. All engines are considered reliable – the 4.0-liter inline-six is arguably the best in this category – and many examples have been driven for more than 250,000 miles without major issues Ibomma.

Even if problems arise, most parts are inexpensive to replace. Not only can you get parts from the millions of Cherokees manufactured in the 1980s, but the market is also flooded with aftermarket gear. Some owners will advise you to replace a few parts that are commonly regarded as unreliable, but overall, the Comanche is a sturdy truck that can be used as a daily driver, even if you’re hauling heavy loads in its bed.

Back in the day, the Comanche set a few records for a pickup truck, which was somewhat unexpected for a pickup truck. It all started when a few guys from Jeep Truck Engineering came up with the idea of setting a land speed record to showcase AMC’s 4.0-liter inline-six engine, which was set to debut in 1985.

They stuffed the big six-cylinder into the Comanche and called it the LSR1, but they blew the engine while going for the record. The LSR-2, the second version, was outfitted with a more powerful mill and sent to the Bonneville Salt Flats. The Comanche pickup went on to break 13 records.

According to a press release issued by the company at the time, The Jeep Comanche for sale  not only set seven speed records for trucks, but it also set six national and international records for vehicles of any kind, including passenger cars.A quarter-mile run of 16.9 seconds at 53 mph was set in three different categories for non-supercharged, gasoline engines ranging from three to five litres.

The Comanche also established records for one-kilometer, one-mile, and ten-kilometer standing runs. In a two-way run over a one-mile course at Bonneville, it also set a new speed record of 141.381 mph. Its top speed during these runs was 144 mph, which was impressive not only for a truck, but also for other cars of the time.To be sure, the Comanche used at Bonneville was anything but stock.

The output of the engine was increased from 173 to 284 horsepower, the suspension was stiffened and lowered, and the standard tyres were replaced with performance units. However, no aerodynamic modifications were made in comparison to the standard truck. General Motors broke the Comanche’s records three years later, but it cost the company a couple of million dollars to do so.

Truck With Removable Bed And Unibody

The Jeep Comanche for sale had a unibody design because it was based on the XJ-generation Jeep Cherokee, which was unusual for a truck. However, because the bed was removable, the Comanche was more of a hybrid vehicle. While the front end and cabin sections were unibody, the rear section with the bed was a more traditional body-on-frame design.

The AMC bed was held in place by two bolts, making it simple to replace or remove entirely.The unibody frame was also unique compared to others on the market. Other automakers typically welded everything to a strong frame, but Jeep integrated it into the unibody.

The cargo bed frame was fully boxed, with a large X-shaped structure centred over the rear axle. The rails were also more than eight inches deeper than standard midsize truck frames (compared to six to seven in other pickups). This frame, dubbed the “Uniframe” by Jeep, was first used by AMC in a prototype built in 1971.

What are the functionalities of P0171 and how to repair its error?