The Ford Bronco 2021 is back: Examine the specifications in greater detail. 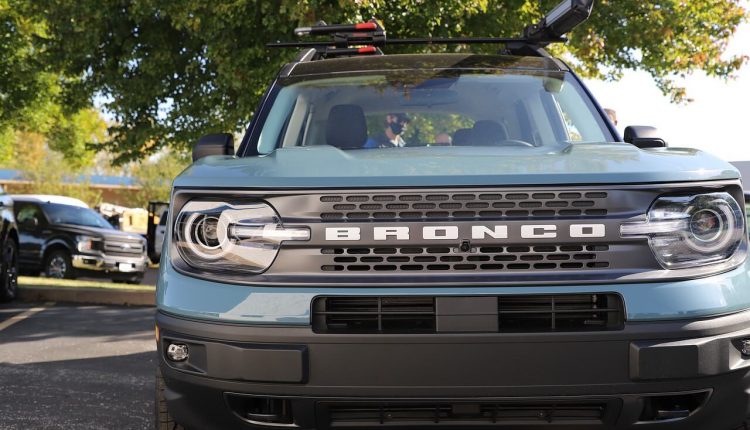 According to Motor Authority, The Ford Bronco 2021 will arrive in dealerships soon, with even more power under the hood than was previously anticipated. The increase in power comes at the expense of efficiency, as the Bronco only gets 21 mpg combined.

Despite the lack of aerodynamics on the bulldog of a Bronco, both engines should provide plenty of power. With some four-door models weighing in at over 5,000 pounds, the off-road beast will require it. The smaller engine is used in the Ford Ranger mid-size pickup truck, and the giant V-6 machine is used in the F-150, so Ford has already demonstrated that these turbocharged engines can deliver plenty of power for a large vehicle.

That’s much better than the 12.9 mpg I got from the 6.4-litre V-8 in the 2021 Jeep Wrangler Rubicon 392. On the other hand, Jeep has more tricks up its boxy doors for shoppers looking for a better balance of off-road capability and on-road efficiency.

The four-door Jeep Wrangler EcoDiesel, which has a 3.0-litre turbo diesel-6 engine and standard four-wheel drive, produces 260 horsepower and 442 pound-feet of torque and gets an EPA-rated 22/29/25 mpg.

The 2021 Jeep Wrangler 4xe plug-in hybrid outperforms all other off-road vehicles, producing 375 hp and 470 lb-ft through its 2.0-litre turbo-4 and pair of electric motors. It has an electric range of 21 miles and a combined fuel economy of 20 mpg. It achieves a combined fuel economy of 49 mpg. Jeep is also installing solar-powered chargers at select trailheads across the country.

Rivalry between Jeep and Ford

The new rivalry between Jeep and Ford will allow off-road enthusiasts to customise their vehicle to their liking. Many rivals have attempted to dethrone the Wrangler, but the 2021 ford Bronco takes it to a new level. This includes a “Sasquatch package” loaded with off-road gear.

Optional features include 35-inch tyres on 17-inch Beadlock wheels, front- and rear locking differentials, and other trail and off-road parts. The package is available on all Bronco models, including the top-of-the-line model.

The Bronco models range from “no-frills” SUVs to “extreme off-road adventurers.” Big Bend, Black Diamond and Outer Banks, Wildtrak and Badlands are the trims. At launch, a limited-edition “First Edition” will be available.The 2021 Ford Bronco will be available for purchase this summer.

Here is a sampling of the various models offered by Ford:

What’s the point of having an off-road vehicle if you can’t enjoy the great outdoors? According to Ford, the Bronco’s doors and roof can be removed, as with the Jeep Wrangler, to provide a “quick, easy, and fun” open-air experience.

The 2021 ford Bronco and Bronco Sport are both expected to have slide-out rear tables for tailgating parties or camping. They can also be outfitted with Overlanding-ready roof racks to accommodate a roof-top tent.The Bronco Sport also has a bottle opener and floodlights on the tailgate that illuminate when the back hatch is open.

What is autoblog and how to use it?

Is it safe for me to drive with a nail in tire?