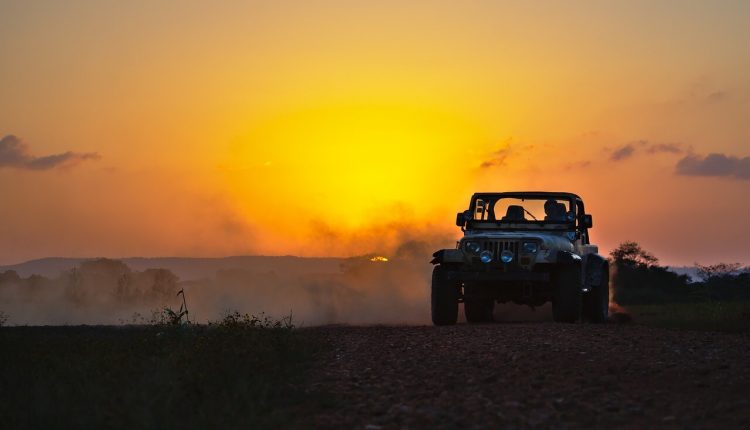 You’re driving down the highway in your Jeep Wrangler JK when you hit a bump. Suddenly, your Jeep transforms into a trembling, shaky mess. Jeep drivers have reported that the tires felt like they were coming off right in the middle of the road. Experiencing death wobble can be a terrifying experience, but understanding what causes it and what you can do to fix it can help.

What Exactly Is Death Wobble?

Jeep owners coined the term “Death Wobble,” which refers to the front axle and steering components oscillating back and forth. Jeep death wobble usually only occurs at higher speeds and has some trigger. What appeared to be a minor hiccup in the road (a little stumbling block for a vehicle renowned for its ability to travel off-road) seems to have precipitated a total disaster.

Though Jeep owners are credited with coining the term “Death Wobble,” the condition can affect any vehicle with a solid front axle. Because these vehicles have a more difficult time simply hitting a bump and absorbing the shock, any suspension problem is immediately apparent.

When it comes to what causes this to happen, there are several possibilities, but the most common are loose or damaged front suspension/steering components.The reality of death wobble, of course, is far more mundane than the name suggests. Yes, it is a problem, and yes, it can be frightening, but it rarely results in any disaster despite its terrifying name.

Despite nearly 400 reports, the National Highway Transportation Safety Administration (NHTSA) found only two accidents caused by death wobble between 2005 and 2010. Maintain your composure, and neither you nor your Jeep should perish due to the death wobble.

What Jeep models are affected?

Unfortunately, there don’t appear to be any Jeeps that are immune to the death wobble. Every model from every year has had death wobble incidents reported. Even if you keep your Wrangler “stock,” you aren’t safe from the death wobble.

Because the Jeep Wrangler’s overall construction hasn’t changed much over the years, it stands to reason that the death wobble will continue to affect Wranglers, including the new JL and JK! Everyone experiences the death wobble. Maintain your composure, and neither you nor your Jeep should perish due to the death wobble.

What Should You Do If Your Jeep Experiences Death Wobble?

This is a “when,” not an “if.” It is best to plan for the possibility of Jeep death wobble occurring at some point. Maintain a firm grip on the steering wheel. It may be tempting to clamp down and hold on as it shakes, but this will only hurt your hands and will not stop the wobble.

Take it easy. Death wobble is more common at higher speeds, so slowing down can help reduce the wobbling. Finally, the only thing you can do is come to a halt and pull over. It’s the most secure option until you figure out what’s causing the death wobble and fix it.

How Do I Repair Jeep Death Wobble?

Damage to steering or suspension components causes Jeep death wobble. Fortunately, many of these can be seen without having to take your Jeep to a shop. First and foremost, inspect your Jeep to ensure that nothing is bent or broken. Then, check some of these suspension and steering components for excessive wear or damage to determine the source of your Jeep’s death wobble:

Another thing to keep in mind is that if your Jeep has experienced death wobble and you believe you have found the source of the problem, you must inspect all of the other front suspension components. This is because the violent oscillation that occurs when death wobble occurs can cause other suspension and steering components to come loose, exacerbating the problem.

For example, if a blown bushing caused the Jeep death wobble in the front track bar, you could have it replaced and properly tightened. However, depending on how severe the death wobble was or how long it was ignored, Other bushings or bolts could have been damaged. A loose bolt in this situation could be dangerous because it could enlarge the mounting hole, preventing a secure fit without repair.